And in Conclusion: Writing Tips for the End Sections of Sentences

In two recent blogs, I offered tips on the best uses of the beginning and middle sections of sentences. This blog will conclude the series with some pointers on how best to use the end sections of your sentences. To write effectively, it’s not enough just to be grammatical: it’s important to recognize how the three main components function in a sentence, and the content best suited to each of them.

By the end section, I mean the content that follows the main subject and verb.  In many respects, it’s the section where you have the most flexibility, because the main business of the sentence has already taken place.  The reader has gotten all the essentials of its syntax and can usually be more patient to read complex content. 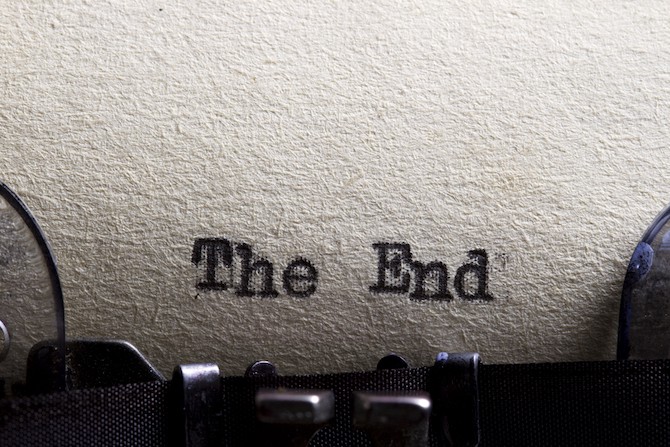 In fact, if the list of countries has to be stated in full, it will only be easy to read at the end.  Compare this revision: (3) “Across the Pacific, we are supporting climate resilience in six countries: Fiji, Kiribati, the Marshall Islands, Micronesia, Tonga, and Tuvalu.”

This last version also illustrates some points I discussed about beginning and middle sections.  Although the list moves to the end, we still have some context-setting information at the beginning: “across the Pacific.”  However, this geographic detail doesn’t have any internal complexity and fits the reader’s expectation that the sentence will move on to the main subject after the first comma.  Similarly, the middle section doesn’t interrupt the flow of main subject, verb, and object with the list of countries.  This fixes how the long series in version 2 made “climate resilience” seem less connected and reduced its impact in the sentence.

While moving the series to the end, version 3 also gives the reader a hint beforehand that it’s going to be a fairly long list: “in six countries.”  This kind of guidepost can be helpful any time a series exceeds three or four items.  For some readers, the number of countries may be more significant than their names; this version offers an alternative to reading through the series.

Becoming more disciplined about series—by recognizing that they almost always work best at the end—will also help you limit sentences that have multiple subjects or verbs, which again are always somewhat harder to read.  For example, if I’m writing a sentence about multiple speakers at an event, I could group them in simple subject (such as “Three experts”) and move their names and titles to the last section of the sentence.

A further point here is that sentences generally lose clarity if there’s more than one series: it’s harder to read a sentence, for example, that lists both a series of sectors and a series of countries.  I would group one of these categories with a collective term (e.g., “key sectors” or “Pacific Island countries”) and spell out only the other series.  I would then use a different sentence to list items in the other series.

Of course, many of the sentences we write don’t just have beginning, middle, and end sections as I’ve discussed them.  They often continue with additional clauses, either subordinated (most commonly with a comma + “which”) or introduced after a semicolon.

But it’s not accidental that I haven’t looked yet at sentences with that kind of length and complexity.  As we move to more and more digital reading—often on smaller screens, and with shorter attention spans—I’m increasingly convinced that we need to resist tacking sentences together in that way.  While longer, more complex sentences can be perfectly grammatical, they are inherently harder to read and usually make points of emphasis less prominent.  A future blog will look at some of the ways we can break up the longest and most complex types of sentences to increase their impact.

About Paul McClure: Paul McClure, a CEF Associate Fellow, is editorial lead in the World Bank’s media team and has 20 years’ experience in World Bank Group units responsible for communications, web and social media publishing. He frequently teaches writing and editing workshops and coaches individual colleagues. He has delivered dozens of editorial workshops at the Bank Group as well as at learning organizations and government agencies. He also taught writing for five years while completing his Ph.D. at Cornell University.

Mr. McClure is an editorial specialist at the World Bank‘s headquarters in Washington, D.C. Since 2008, he has helped dozens of government experts upgrade the effectiveness of their written communications in English, working with course participants from nearly all CEF member countries and several adjoining EU member states. Working on-site as a visiting expert at the CEF in 2012-2013 Mr. McClure tailored his curriculum to the needs of specific institutions – the central banks of Albania and Slovenia as well as Montenegro‘s finance ministry. Being resident in Ljubljana also gave him the chance to engage with some of the CEF‘s donor partners and peer institutions, and he contributed to the successful launch of the Strategic Planning and Budgeting program. Having returned to the World Bank, he continues to lecture at the CEF communications related learning initiatives.