We have all moved from the age of enlightenment to the age of entanglement where sense-making aided by imagination is now more critical than ever. [1]

In my previous blog piece Emerging from the Pandemic: A New Perspective on Learning and Sensemaking, I said that “responding to the crisis will require unprecedented measures to bring about the changes needed”. If those changes are not to come about through conventional methods, then what is available to us to respond to the continuing challenges posed by the Covid-19 pandemic? How are we to deploy the sense-making aided by imagination that John Seely Brown talks about? One answer to this question comes from the field of anthro-complexity, a development from the broader domain of Complex Adaptive Systems (CAS) and, in particular, from a sense-making framework that is the brainchild of innovative thinker Dave Snowden, the Cynefin framework.

Cynefin is a Welsh word, with multiple meanings. At its simplest, it refers to our place of multiple belongings, but its true meaning goes beyond that. It encompasses the idea of the multiple identities that we have as humans: mother, sister, friend, colleague, teacher … meaning that we naturally behave differently in different circumstances. We are not the same person all the time, nor do we operate in one single world where actions have predictable consequences and can be repeated with confidence over time. Instead, Cynefin tells us how to behave “in a way that is congruent with the spirit of Cynefin, i.e. how we inhabit and embody the ‘place of our multiple belongings’”[2]

So what is different about the Cynefin framework that can’t be found in any of the other (many) decision making frameworks that can be found in our world? One critical difference is that Cynefin distinguishes between ordered environments, where actions have predictable outcomes and can be repeated over time whilst achieving the same outcome; and complex environments, where there is no such predictability, and where just because something works once doesn’t mean that it will necessarily work again [3]. And because these environments are so radically different, they demand a different approach to sense-making. That’s one of the key principles of Cynefin: if you want to make sense of the world so as to act in it, then you first of all have to understand the environment in which you are working. One of the things that the pandemic ought to have taught us, is that if we thought we were living in an ordered, predictable environment, then that was a fool’s paradise!

Complex systems can’t be analysed in conventional terms. Analysis involves breaking down a whole into its component parts. Complex systems have no component parts: they exist as part of a whole system of connected agents and other components that interact with and connect to their environment. Breaking apart such a system effectively changes the system, destroying it. 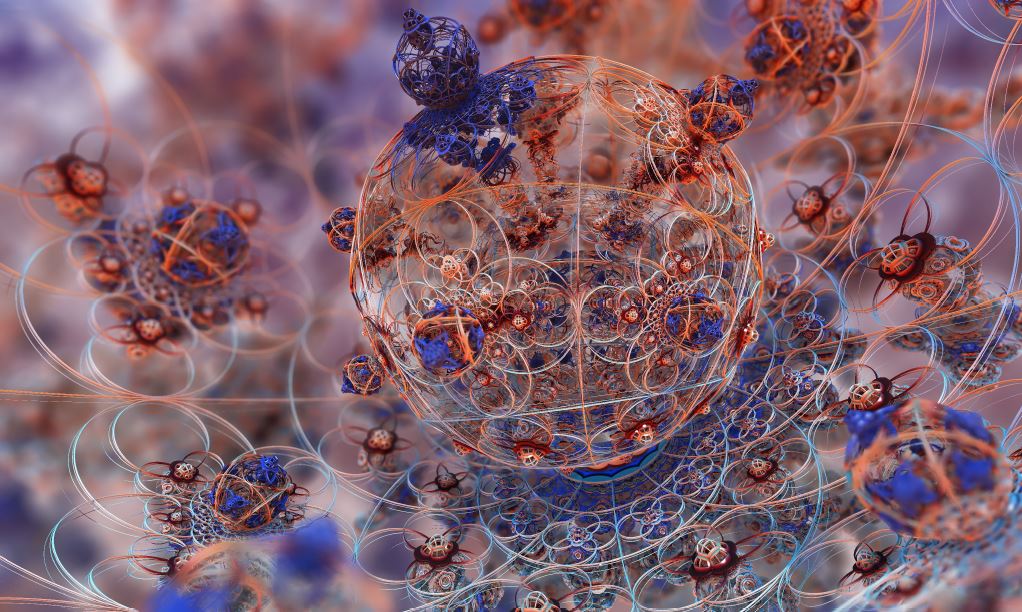 Another characteristic of complex systems is that they are self-organising:

“Self-organizing systems … solve problems by drawing on masses of relatively stupid elements [4] rather than a single intelligent ‘executive branch’. They are bottom-up systems, not top-down. They get their smarts from below … In these systems, agents residing on one scale start producing behavior that lies on a scale above them: ants create colonies; urbanites create neighbourhoods; simple pattern-recognition software learns how to recommend new books. The movement from low-level rules to higher-level sophistication is what we call emergence [5]”.

Complex systems, as embodied in the Cynefin framework, are very different environments from those in which we have traditionally planned and managed change. So, it ought not to surprise us that our traditional approach to doing that, to solving problems, won’t work. Take just a few of the characteristics of traditional problem solving as most of us have practised it over the years:

•         We look to solve problems using expert advice and proven practices, often looking to best practices from other areas where they’ve had some success;

•         We require clarity, which is to say clearly defined problem statements, preferably at the level of root causes and drivers of change, and clear goals and targets [6];

•         A clear and agreed vision of the ideal end state, so that we can describe where we intend to go through our decisions;

•         Measurable outcomes, so that we can demonstrate our achievements and say clearly when we have got there.

What we have in Complex systems, however, is:

•         Environments that are characterized by the questions we ask, not the answers we seek;

In a complex system, we first of all need to make sense of the environment in which we are operating, rather than assume it to be rational and ordered. Traditional approaches to bringing about change have their merits, but only in the right environment, i.e. in ordered environments.

Does that mean that the traditional approach to solving problems, bringing about change in our world, should be abandoned? Very definitely not. But what it does mean is that we need to be more thoughtful about the problem in the first instance, and the environment in which it is located, and apply the traditional approach only to those that are ordered and not complex.

So, if we find ourselves wanting to bring about a change in a complex system, how do we go about it? Every problem space is different, of course, but there are some principles that we can follow to help make sense of that space, and increase our chances of success.

1.              We should expect the unexpected and be prepared to see new and unexpected events emerge from our actions and the environment. Since complex systems are unpredictable, we ought not to be surprised when things happen that we didn’t foresee.

2.              When we see events that are desirable, then we should take action to amplify them. When things happen that don’t take us in the right direction, we must act to dampen them down.

3.              Work to create a learning environment, and to bring about a sense of ownership by creating connectivity and feedback.

4.              Enable self-organisation. The reliance on authority and on the organisation’s leader as the source of all meaningful actions and initiatives is likely to be difficult to overcome. But so long as there is reliance on instruction coming down from the top, then a meaningful change in a complex environment will be almost impossible to achieve.

6.              Find a place to start that will let you move from where you are now to an adjacent possible, a position that moves broadly in the desired direction. That position may not be the one that you would have placed on a linear project plan under traditional methods.

7.              Think direction of travel rather than goal or ultimate destination. The path from overhead may be clear, but on the ground it can be difficult to discern.

8.              Facilitate and accelerate co-evolution. Setting up a learning environment to improve communication and learning from each other can be fundamental to accelerating change.

9.              Develop multiple micro-strategies. Don’t depend on one single approach, because that may fail. Find a number of ways in which change might come about. Monitor closely, amplify success and dampen down failures.

10.           Above all, don’t regard these points as a recipe. Achieving a change in CAS is not a deterministic process. Whilst these guidelines are intended to be helpful, there is no such thing as a single prescription for change. Be wary of those who advocate such an approach, and always be prepared to try something different.

Making sense of our world has never been easy. The reality is that we have always lived in the world described by the Cynefin framework. The difference now is that the pandemic has made that world more visible to us. Watch this space for more on how we can use Cynefin in our sense-making efforts in the weeks, months and years ahead.

[3] Cynefin also identifies Chaos, where actions and effects are completely random and unpredictable, and the only thing that managers can do is act to stabilise the system so as to buy some time for more thoughtful, considered sense-making. But we all hope that we don’t find ourselves in that kind of environment too often!

[4] Those of us who are more conscious of the gaps in our knowledge than of what we know find this strangely comforting!

[6] The ubiquitous LogFrame is an outstanding example of this.

Gordon Ferrier is the Director of Collective Cognition Limited, an Edinburgh, Scotland based consultancy specializing in learning and development in public service organizations, with particular emphasis on how that can be achieved in complex environments. Before setting up CCL Gordon was an Assistant Director in the International Division of the Chartered Institute of Public Finance and Accountancy in London, when he worked extensively in countries around the world to help them strengthen their public financial management systems.